In Researches, it was proved that Shatavari acts as an anti-spasmodic, anti-diarrhetic, aphrodisiac, diuretic, anti-dysenteric, demulcent, reinforce the immune system, protect vital organs like the brain, heart, and other organs of the body. 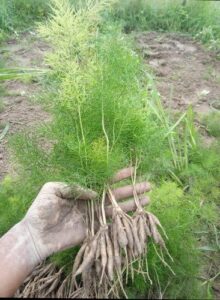 From ancient times, Ayurvedic Acharyas used the plant’s roots as an herbal remedy for diseases of the spleen, liver, and other internal organs, including preventing miscarriage. In India, conventionally, Shatavari’s origins have been utilized during internal pain, tumors, fever, and tonic.

Shatavari is a climbing plant consisting of tuberous roots. Shatavari consists of small needle-like phylloclades (photosynthetic branches), which uniform and shiny green in appearance. Leaves of the Shatavari plant are reduced to minute scales and spines. Fruits are rounded and purplish black.

Roots are approx 5-15 cm in length and 2 cm in thickness. They are more or less smooth when fresh, and start to develop longitudinal wrinkles upon drying. The inner parenchymatous zone’s cortex is arranged of around 20-24 layers in the upper portion and 42-47 layers in the middle of the root tuberous portion. Cells are thin-walled and composed of cellulosic fibers, circular to oral outlines, and distinct intercellular spaces. In some roots, there are 3-4 layers of cortex immediately adjacent to the endodermis that are modified into a sheath of stone cells round the endodermis.

The number of vascular bundles ranges from 30-35 in the upper levels and 30-40 in the root’s middle tuberous portions. The roots are light brown with a coarse texture. Shatavari plant mainly prefers light (sandy), medium (loamy), and heavy (clay) soil.

Shatavari’s chemical constituents consist of many molecules in which principal component is steroidal saponins, alkaloids, flavonoids, dihydrophenanthrene derivatives, furan derivatives, and volatile components. There is a total of 29 steroidal saponins, which were reported from Shatavari. An oligospirostanoside named 3-0-[α-L-rhamnopyranosyl-(1→2)-α-L-rhamnopyranosyl-(1→4)-O-β-D-glucopyranosyl]-25(S)-spirosta-3β-oil is obtained from Shatavari, which on oral administration potentiated antibody synthesis and enhanced cell-mediated immune response. Also, it contains a wide range of Shatavarin VI and Shatavarin VII. Shatavari roots have a high content of Sarsapogenin, two spirostanolic & two furostanolic sponins; Sitosterol, Asparagamine A.

Following are the classical uses of Shatavari that are mentioned in the Ayurvedic texts:

Shatavari contains many medicinal properties due to which this herb is used in multiple health conditions: 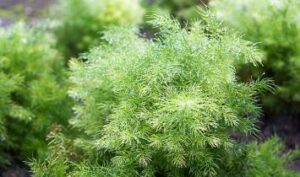 The most common Shatavari uses are mentioned below:

Shatavari is one of the amazing herbs that support women through every stage of their lives. Shatavari is rich in steroidal saponins that suggest its use as an estrogen regulator. There are multiple uses of Shatavari for women. It regulates the cycle of menstruation, manages PMS symptoms, controls the amount of blood, alleviates menstrual cramps, retain fluid, uncomfortable bloating often suffered before a period, and supports the functioning of female reproductive system.

Acts as a diuretic:

Shatavari effectively fights against urinary tract problems and pelvic inflammatory diseases. Its regular uses maintain the bladder’s health and help reduce the size of kidney stones. Due to its diuretic properties, it amazingly flushes out the toxins from the whole body, and Shatavari benefits help in the proper regulation of all the secretions.

Shatavari is one of the most effective herbs that have been found to have a positive effect on the heart. As a natural antioxidant and cardio-protective herb, it extremely advantageous for cardiac-related problems.

In Researches, it was clearly shown that Shatavari use plays a vital role in stimulating immune cells. This mainly due to its highly contained compound within the root ‘sapogenin’, a potent immune stimulator herb. It increases the body’s resistance during normal and immune-suppressed conditions, stimulates the cells that fight infection, reducing the overall population of infection-causing cells.

Acts as an anti-oxidant:

Due to rich in saponins, Shatavari has wonderful antioxidant properties that help in flushes out the toxins from the whole body and help in normalizing each organ.

Shatavari uses well popular for its amazing health benefits. The regular use of Shatavari protects against breakage of hair and gives a natural shine to the hair. Shatavari is a nutritive and Pitta pacifying herb, improves the blood circulation, activates dormant hair follicles and can re grow lost hairs.

Shatavari works amazingly for weight gain due to its Balya (strength provider) and Rasayana (rejuvenating) properties. Shatavari benefits boost the immune system which helps to fight against external or internal infections which might cause weight loss.

Shatavari is rich in various active components, which can resolve the fertility problems and increase conception due to its potent functional properties.

Although Shatavari is proven to overcome male health issues and in the Ayurvedic texts, multiple Shatavari uses for men were written. Shatavari root has powerful spermatogenic properties that are extremely useful for oligospermia, hypospermia, quality, shape, and motility of sperm, and enhances the production of sperm. As Shatavari is a natural anti-oxidant, it improves the production of luteinizing hormone, expels harmful toxins from the whole body, provides nourishment to each cell, and improves erectile dysfunction and premature ejaculation.

Due to its medicinal properties, Shatavari is a well-known and popular herb in the field of Ayurveda. A person can buy genuine, authenticated, original, and extract-based formulation of Shatavari from a quality-based company, i.e., Deep Ayurveda, which is run by an experienced team of Doctors from the last 14 years. The products are clinical trial and formulated after many type of research. The Ayurvedic products are free from side-effects, chemicals, preservatives, colors, etc. A person can easily take our formulation without any doubt.

The description of each product is given below: 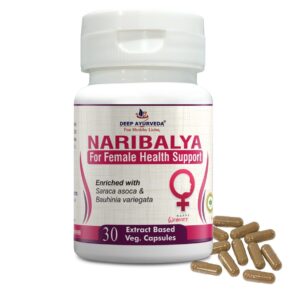 A quantity which we can use in a different form to get benefits of Shatavari (Asparagus racemosus):

Following are some different forms of Shatavari and their dosages:

Shatavari is one of the amazing and most effective plants for both males and females. It’s better to take the natural herb to normalize the functions rather than taking harmful chemical-based products. Adopt Ayurveda to rejuvenates and for managing the symptoms naturally.

For more detail on Shatavari (Asparagus racemosus), please visit our nearest clinic or if you want to consult with our Chief Ayurveda Consultant & Founder – Dr.Baldeep Kour, then write with detail history at info@deepayurveda.com