Motor Neuron Disease Treatment in Ayurveda– Motor Neuron Diseases (MND) are a group of progressive neurological disorders that destroy cells that control essential muscle activity such as breathing, walking, speaking, and swallowing. Basically, Messages from nerve cells in the brain (called upper motor neurons) are transmitted to nerve cells in the brain stem and spinal cord (called lower motor neurons), and from them to particular muscles.

When there are impediments in these signals, the result can be gradual muscle weakening, wasting away, and uncontrollable twitching (called fasciculations). Eventually, the ability to control voluntary movement can be lost. Motor neuron diseases may be inherited or acquired, and they occur in all age groups.

According to the ‘National Institute of Neurological Disorders and Stroke (NINDS), Motor Neuron Diseases (MND) occur more commonly in men than in women, and symptoms may appear after age 40.

According to Ayurveda, Motor Neuron Diseases is a congregation of Vata Roga and Kshaya Roga. Ayurveda theory says Motor Neuron Disease can be considered as a Vata Predominant disease, which results from the vitiation of the Vata dosha.  Vata controls the respiratory, blood, lymphatic, excretory, and reproductive systems. It is responsible for the cognitive and neo-cognitive function of the brain and the secretion of various chemical neurotransmitters and hormones.

The modification from having normality in life is due to the impediment in its sensory and motor activities by other doshas (Pitta and Kapha), or Dushyas like dhatus or Malas, thus leading to the disease. In such a case, the vata becomes teemed by Kapha dosha, thus leading to reduced activity, faintness, and spasm.

Vata diseases, as described in Ayurveda include a collection of neurological morbidities coupled with inflammatory, degenerative, obstructive, and functional. According to Ayurveda, there is no complete cure for Motor Neuron Diseases. Its, classed as Kashta Saadhya roga (difficult to cure).

Motor Neuron Disease can be Divided into Four main Types: 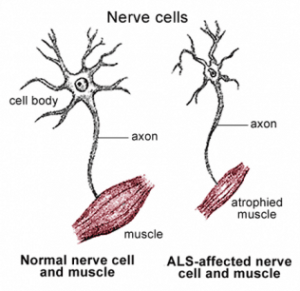 For more detail on Motor Neuron Disease Ayurveda Treatment please visit our nearest clinic or if want to consult with our Founder & M.D – Dr. Baldeep Kour then write with detailed history at info@deepayurveda.com