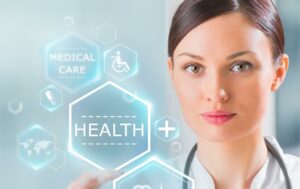 Know about the Best Ayurvedic Superfood For Women Health ?

Women’s physical health was not previously a hot topic, but it is now just as important as the debate surrounding men’s physical health. However, due to physiological variations as well as genetic makeup, there are slight differences in anatomical and physiological behavior between the genders. The physical changes a woman has as a result of her period are known as female active health. Women are endowed with the hormones estrogen and progesterone, which have different functions in the body.

While estrogen is known as the pregnancy hormone, progesterone is the female hormone that maintains the regularity of the menstrual cycle. The estrogen hormones gradually enter the picture once the girl reaches puberty and begins menstruating. According to Ayurveda, female aartava is in charge of female hormonal activity, whereas male semen is the Shukra dhatu.

Women tend to be more fragile than men for a variety of reasons. Smoking and alcoholism are major reasons for having an irregular menstrual cycle, and being overweight is bad for both genders. Due to hormonal fluctuations, stress and anxiety are major concepts, especially in women. To improve the physical desire and activity of women, increase their stamina, and support their wellbeing, an best ayurvedic superfood for women’s health is NariParsh by Deep Ayurveda support female health and aid in body detoxification.

Include ayurvedic superfoods in your diet as well, such as pepper, cinnamon, and turmeric, which can provide many health benefits such as increased metabolism, reduced inflammation, and a boost in energy levels and other culinary herbs that improve mood. Intake of organic NariPrash by Deep Ayurveda on a daily basis does accelerate the process of strengthening and enhancing body stamina. It is rich in antioxidants and promotes active health in addition to helping to regulate the menstrual cycle, which in general aids in boosting female physical health.

Additionally, gokshura has certain enzymes that aid in the endocrine glands’ effectiveness and optimal hormone production, both of which stimulate active health. It also controls PMS, which assists in coping with emotional unrest and focusing attention on a single task. Gokshura possesses ayurvedic characteristics such balya, which boosts feminine strength, vrishya, which boosts active health, and shukrala, which boosts physical activity and reproductive power.

The infamous ayurvedic herb ashwagandha has long been grown in India and offers a number of therapeutic health advantages in the area of Ayurvedic Medicine In Women’s Health. Ashwagandha has a number of health advantages, including enhancing cognitive performance in the brain, enhancing the quality of sleep, and promoting healthy endocrine gland activity. It enhances and keeps hormones in their secretary phase, ensuring that they function properly.

Deep Ayurveda’s Nariprash is a Best Ayurvedic Superfood For Women’s Health and herbal supplement which  is free from adulterants and enriched with a number of advantages in addition to a considerable improvement in female overall health. It improves neurotransmitters, increasing receptivity and reducing general weakness in both genders, supporting long-lasting activity. It also has a diuretic and hypoglycemic effect. It is also a fantastic stress reliever. 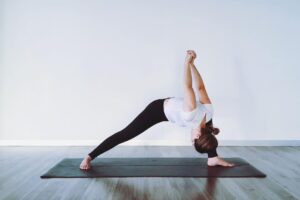 Bound Angle (Baddha Konasana): Bound Angle Pose, also referred to as the Butterfly Pose, is a popular yoga asana that benefits the body in a number of ways. The butterfly pose strengthens the muscles in the pelvic area by increasing blood flow there. It enables the spine to be straightened, the pelvic muscles to be stretched, and the energy to be concentrated in the center of the body. By focusing energy along a single conduit, creating a calm and stable mental state, and eliminating poisons from the body. Butterfly Asana, which helps to strengthen the muscles in the groin, can also be used for meditation. 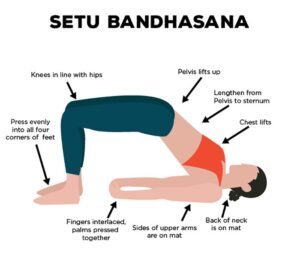 Bridge Pose (Setu Bandhasana) : Women are encouraged to perform the bridge posture to improve female fertility in ayurveda, provide support, and strengthen their entire body, especially their core. Yoga poses cover the entire physical and mental spectrum and is not limited to any one system. In terms of mental development, bridge posture emphasizes the alignment of mind and soul in a favorable direction, increasing efficiency.

It also increases body awareness and activity. It raises the body’s total enthusiasm, supporting the physical barrier. It decreases the likelihood of infertility and aids in achieving a regular menstrual cycle. It is also accountable for the physical radiance and mental stability brought on by yoga’s relaxed and composed behavior.