Jatamansi (Nardostachys jatamansi) is a famous Ayurvedic drug used in skin diseases and neuropsychiatric diseases. It is also widely known as ‘Tapaswani’ in the field of Ayurveda. As mentioned in Ayurveda, Jatamansi acts as a brain tonic due to its antioxidant properties, where it nourishes the brain functions hence preventing cell damage. It is known for its Ropan, Pachana, Snigdha, Medhya, Rasayana, Manasa Rogaghana, Nidrajnana, Kushtaghana, Kasa Shwasahara properties.

Jatamansi comprises of dried rhizome of Nardostachys jatamansi DC. (Fam. Valerianaceae), an erect perennial herb. The plant is around 15 to 60 cm high, growing at an altitude of 3000 to 5000 m on the sub-alpine Himalayan tracts.Jatamansi has magnificent purifying properties that make it an effective ingredient in various Ayurvedic formulations. As mentioned above, a wide range of properties of Jatamansi induces a lot of benefits ranging from skin-related issues, bacterial infections, constipation, reducing high blood pressure.

The rhizomes of the Jatamansi plant are used in the Ayurvedic system of medicine as a  stimulant, antispasmodic, effectively work in hysteria, convulsions, and epilepsy. The root has been medically used in the management of insomnia and blood, circulatory, and mental disorders. 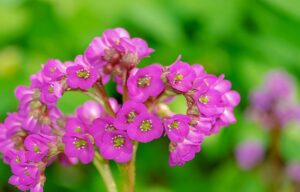 b) Microscopic:Transverse section of rhizome represents cork consisting of 2 to 5 layers of cells filled with oil globules, cortex characterized by the existence of schizogenous canals, phloem in the form of patches of small cells. The cambium ring is distinct and continuous, and the xylem consists of vessels that are dispersed individually or in the rows of two or three vessels, with scalariform The older rhizomes manifest one or more stellate-shaped rings of intercalary.

Medullary cork, entirely or incompletely separating the rhizome into 4 to 9 vascular strands by joining outer cork, each separated strand surrounded by a few layers of cork cell 67 comprises of an outer cortex zone accompanied by two or more functional vascular bundles. The tissues between the strands are usually non-functional, excluding the cork cells, which proceed as a storage organs for oil globule.