When Ayurvedic treatment Or Modern Medicine Need to Take 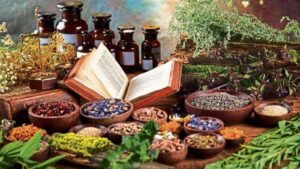 Ayurveda is world’s oldest system of treatment and it originated in India more than 5000 years ago. As per Ancients ayurvedic text, Maharishi Sushruta is the first ayurvedic physician and “Father of Plastic Surgery” and he invented and developed the surgical procedures. Before 1900, Ayurveda is very well known way of treatment practiced by the Indian Vaidya’s to treat chronic as well as lifestyle related disorder through the medicinal plants, mineral, animal originated substances and other natural therapies,  and people are more healthy and live the long life as compare to today.

The History of Ayurveda is more than 5000 years old. There are various text and evidence written by our Ayurveda scholars that Ayurveda is an Upaveda of Atharva Veda or Rigveda such as that it was received by the lord Dhanvantari from the creator of this universe Lord Brahma.  Further, There are lot of ancient granths (Ayurveda Books) like Charak Samhita ( written around 200-400 BCE), Sushrut Samhita written by first physician & surgeon Maharishi Sushruta in 6th century BCE and in mid 7th century BCE there was a book written by great scholars of Ayurveda Maharishi Vagbhata in which he mentioned 7120 verses written in poetic style for easy understand and this book name is “Ashtanga Hridaya”.

Way of Ayurvedic Treatment in Ayurveda

Ayurveda’s main objective is to retain the health of healthy person and if any disease arise then treat it from the root cause of the disease not only on symptoms. Ayurveda treatment by the ayurvedic practitioner start from 3 diagnostic methods: First is pulse diagnosis (Nadi Pariksha) to see the status of Tridosha, Secondly physical inspection like lounge, eyes, face reading and third one is discussion (palpation) on current problem, past illness, hereditary disease, lifestyle, occupation, food habits, family and nature etc. It is main point of Ayurveda in our article about When Ayurvedic treatment Or Modern Medicine

In Ayurveda, most important role of a qualified ayurvedic practitioner is to identify the disease by root cause then accordingly plan the ayurvedic treatment to manifest the disease by following by an internal purification process (Panchkarma Treatment), ayurvedic remedies, and followed by a diet as per his/her prakriti and disease. In Ayurveda entire treatment protocol will be based on the body’s constitution (prakriti), and Tridosha principles and  these ayurvedic treatment doesn’t having any side effects if taken under the supervision and guidance a ayurvedic practitioner.

In Ayurveda, Different kind of method used to manufacture the ayurvedic medicine by using the natural exist substances like: medicinal plant, animal origin substances, natural exist minerals, natural exist purified poisons, oils, milk and water. As per the Ayurveda theory this universe  made with five elements (Panch mahabhuta) and we as human also made with these five aliments (Panch mahabhuta) ( Earth, Water, Fire, Space and Air), So ayurvedic medicine’s formulations are made only by considering these five elements as mentioned in our ancients books of Ayurveda and this is again a positive side of ayurvedic treatment in our post of When Ayurvedic treatment Or Modern Medicine and We Deep Ayurveda also following the five elements and tridosha principle while making the ayurvedic formulation for any ayurvedic treatment.

What is Ayurvedic Medicines Category:

There mainly two category of ayurvedic medicine for ayurvedic treatment:

Benefits of Ayurveda Medicine and Disadvantages

One of the main disadvantages of ayurvedic medicine that lot of un-genuine ayurvedic product floating in to the market and few of doctor also sitting on YouTube or Facebook to make the people fool on the name of Ayurveda. There are also so many un-authentic company entered into Ayurveda and they are selling the fake & un genuine ayurvedic product, so before using any Ayurvedic products you must need to check detail of ayurvedic manufacturer which will be mentioned on the label and you can also google the company name to see the credibility, certifications, manufacturing approval and testimonial as every authentic company must mentioned all the detail on their website. 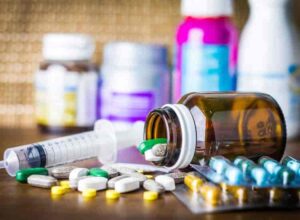 Lets know What is Allopathy & When Ayurvedic treatment Or Modern Medicine

Allopathic medicine is a treatment system in which modern medicine doctors/ practitioner or other healthcare professional (such pharmacists, and nurses,) to treat the disease only on the basis of symptoms by using modern medicines (Chemical Based Drugs), radiation therapies, or surgery.

There is no doubt that modern medicine playing a great role in case of emergency or trauma but once patient stable then must need to switch on alternative natural treatment as for longer use allopathy medicines are not good There are lot of studies and even clinical trials of each drug of modern medicine stated that it have adverse effect as it developed in laboratory by synthetic chemicals, gases, beta blockers microbial and biotechnologically.

So, the history of Allopathy or modern medicine is only 200 years old and this is the disadvantage side of of allopathy while we discussing When Ayurvedic treatment Or Modern Medicine need to take.

First modern medicine was invented by a German scientist “Friedrich Sertürner” in 1804 and its name was “Morphine”, But the main source of active chemical was opium which was extracted in his laboratory but in Indian system of medicine or Ayurveda our ancient Indian scholars (Sadhus/ Maharishi’s) already using opium (Afim) helps to balance Kapha and Vata Dosha and increase the Pitta Dosha in the body and to treat severe pain, muscle pain, spasm, neurological disorder, neuropathy, anxiety and depression etc. But later opium is comes under the narcotics act and controlled by The Central Bureau of Narcotics and ayurvedic manufacturing in Mohali cannot use the opium without approval of narcotics dep’t. and state drug licensing authority.

After the first invention of Morphine German scientist “Friedrich Sertürner” second medicine invented In 1820 by the French researchers Pierre Joseph Pelletier and Joseph Caventou, Name was “Quinine” and this medicine is also originated by taken active ingredients from the plant name “cinchona” and this medicine is used for malaria but its has lot of serious side effects associated with this medicine like bleeding problems, kidney damage. abnormal heartbeat,  nausea, diarrhea, vomiting, nervousness and stomach cramps etc.

Then 3rd medicine name was Paracetamol, first synthesized 1852 and as per few reports state that Cahn & Hepp or a French chemist Charles Gerhardt. Paracetamol helps in pain and reduce a high fever as associated problem such as headaches or sprains, and later in 1897 another medicine for same symptoms also invented called aspirin also made with active ingredients from the bark of the willow tree and this medicine used in headache, fever and inflammation by a German scientist Felix Hoffman, He was able to modify salicylic acid to create acetylsalicylic acid, which was named aspirin.

Felix Hoffmann famously synthesized two drugs: aspirin, one of the most widely beneficial drugs in modern medicine, and heroin made from the morphine a natural ingredient extracted from the seed poppy plants and one of the most harmful of illegal substances. In Ayurveda, above mentioned ayurvedic medicines works as pain killer and antibiotic.

Above three modern medicines are invented between 1800 to 1900 century but officially commercial usages started by USA, Australia and other westerns country only after the second world war in mid of 1900 century.

Like Ayurveda, Modern medicine also having the advantages and disadvantages. Allopathy or modern medicine is playing a great role in case of any emergency, trauma or surgery and must need to take to get the stable and recover from emergency but you cannot carry it for long time as modern medicines can do lot of side effects and complications as it contains synthetic chemical which can be absorbed in our body in a certain limit but if you take it regularly then it can be very harmful for liver, kidney, eyes and many more other associated health issues.

Many people thinking that modern medicines has been introduced in market after proper clinical trails but it not 100% true and lot of myths in this statement. By doing some clinical trails on some animals or blind fold trails cannot be assured that modern medicine is 100% safe or good for human so this is again one of the disadvantage of allopathy in our post about When Ayurvedic treatment Or Modern Medicine.

Even there are lot of modern medicines which was withdrawn or banned from the market even after 10-15 years ?

This article is not a debate that which one is better, It is more about the information that when we have to take ayurvedic medicine and when we have take ayurvedic medicine, Both the system of medicines or treatment are working good as per their own concept where Ayurveda is manifest the disease from the root cause based on tridosha principles.
Modern system of treatment (Allopathy) plays a great role in case of emergency, So both systems of treatment cannot be compared practically in terms of finding a better one and we as consumer we have to analyze the above facts mentioned in our article When Ayurvedic treatment Or Modern Medicine need to take and as per the disease situation you can choose the treatment method for healthy life.
Deep Ayurveda’s main objective is to provide authentic knowledge on Ayurveda, Our ayurvedic clinic in Mohali and Ayurvedic Manufacturing unit in Mohali offering 100% authentic ayurvedic treatment and ayurvedic medicine to the community. Our each ayurvedic medicine comes with 100% quality assurance and if you are not stratified with quality then you can also return your medicine and take your money back without any question. We hope that we explained about When Ayurvedic treatment Or Modern Medicine and our readers will understand the concept of both treatments.
Featured Products
Categories