How Ayurveda Can Help to Prevent diseases

Ayurveda is an amazing and ancient Veda that provides knowledge of good, bad, happy, and unhappy life, its promoters, non-promoters, the length of life, and it’s quality. According to the Ayurveda, concept of health is categorized into 4 parts :

Ayurvedic field is not only the oldest Indian, but also the oldest medical science in the world. Ayurveda’s main objective is to protect the health of healthy men and cures the diseases of a man. In addition, it also provides complete social happiness and presents a direction to the spiritual and godly joy. Whereas other medical sciences treat only diseased part of the body, but Ayurveda treats the human being as a whole.

Ayurveda is the only way to achieve a healthy and disease-free life because every living being desired a happy & a long life.

Ayurveda: it is made with two words (Ayur = life, veda = knowledge) and is the science of life that cures the disease, helps people lead a healthy life and achieve a long life.

Acharya Charaka said that, The best Aushad (medicine) should be such that it cures the patient without any complications and the best doctor is that who cures the patientAccording to Ayurvedic Acharyas, disease is a state of the body and mind that gives pain and discomfort to us. Both Agantuka (external) and Nijja (internal) factors disturbs the normal balance between the mind and body. There is a proper balance between the internal environment and the outside world. If there is any disturbance occur in between these factors, disorder occurs when these two are out of balance. Hence, to maintain the balance of the internal environment with the external world, it is very important to know the process of disease occurrence within the mind and body state.

Factors that cause Disease :

External factors like wrong food habits, living habits, weather etc. responsible for creating diseases. These factors first create an imbalance in the physical form and later affect the mind through a disturbance in the Tridoshas (vata, pitta, and kapha). For example, imbalanced vata dosha creates anxiety, fear, depression and nervousness, aggravated pitta will cause anger, hate, and jealousy, and a kapha dosha creates possessiveness, greed, and attachment. Ayurvedic Acharyas told there is a direct connection between our diet, our living habits, environment, and emotional feelings.

Ayurveda experts describe the phenomenon of the beginning of the disease in a well manner which is called ‘Shatkriya Kala’, or in other words, we can say, six stages of the disease.

The Six Stages of Disease

Stage One : Accumulation of doshas

When one or more doshas get accumulated in the body it will lead to the formation of Disease. Vata, Pitta, and Kapha dosha, are three mind-body operators that are very important to govern the body’s functioning. In a balanced state of these doshas, a person enjoys good health and disease-free life. However, with the continuous taking of the wrong diet, wrong lifestyle, and exposure to stress and environmental factors can aggravate the doshas. The increased quantity of doshas get lead to accumulation.

But in first stage, doshas only accumulated in its natural place or seat, for example, increased Vata dosha get accumulate in the colon, nerves, or in empty spaces and channels of the body. Pitta dosha in the digestive tract, eyes or in the skin. Aggravated Kapha may accumulate in the chest and the fluid substances of the body, such as the joint fluids and circulatory system.

Only quantitative changes are involved in the first stage, but in second stage, it involves qualitative changes. Doshas get spread beyond its normal place, this process is also called ‘vitiation’.

In this stage, aggravated doshas begins to circulate in the whole body but don’t show any specific symptoms. General symptoms are experienced by a person like fatigue, loss of appetite, body aches, weakness, etc.

While circulating in the whole body, doshas get localized in a tissue outside its main seat and begins to disturb the normal function of that tissue (dhatu) or organ. This may occur due to an abnormality in the micro circulatory channels (srotas) in that tissue. If there is a narrowing of the blood vessels or lymph channels in an area of the body, the dosha may accumulated there.

Another factor is the digestive toxins called ama. Ayurvedacharyas told that, the imbalanced digestion is the main cause for the occurrence of any disease. Ama is a sticky substance which can easily blocks the microcirculatory channels of the body. Due to this, doshas carries ama along with it, become stuck at a site where channels are narrowed. Then both ama and vitiated doshas becomes a breeding ground for disease in that area.

In this stage the doshas aggravated more and result in its clearly identifiable form. The functioning of the tissues, and organs are so disturbed that they begin to show symptoms. For example, if kapha dosha and ama accumulated in the upper respiratory region, a person experience heaviness in the chest, congestion, common Cold, cough, sinusitis, headache, etc.

At this stage, the disease becomes so aggravated that is difficult to reverse it in normal condition. It also became a permanent disorder. For example, the chronic Kapha disorder could become perennial sinusitis or rhinitis.

The Importance of Early Detection

If the stage is diagnosed earlier, the easier it is to reverse the underlying imbalance. For example, in Stages One and Two, if a person adopt some simple and healthy dietary measures or adjustments to the daily and seasonal routine is often sufficient to reverse the imbalances and prevent the spreading of disease.

In Stage Three and Four, some Ayurvedic herbal therapies and cleansing procedure can be used. It helps to eliminate the toxins and accumulated doshas from the body at each season, and prevent a person from various complications. 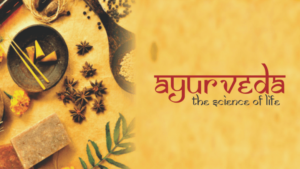 The main objective of Ayurveda is to protect the health of a healthy person, and one who got diseased, cure it with Ayurveda. To achieve this, every individual has to adopt Ayurveda in following manners :

Means a person can be used every object in the form of medicine.

Also, Acharya Charaka described the 4 root cause of health, that is : 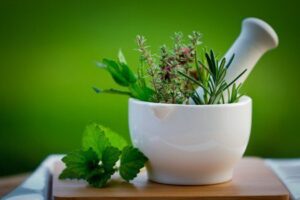 Ayurveda is differs from other pathies because, in this field, Ayurvedic physicians will diagnosis the root cause of the disease and treat with a proper Ayurvedic guideline.

Physicians first step is to determine the patient’s “nature” or prakriti, that is : the constitutional type of the patient, before diagnosing the disease. It includes some common details such as complexion and quality of skin, prominence and shape of joints, body build, shape and color of the eyes, color of the tongue, walking and talking behavior of a person, prominence of tendons and veins, structure of nails, preferences for weather, types of dreams, and many other features.

Pulse diagnosis (nadi vigyan) is another ayurvedic special technique of the diagnostic repertoire. In this imbalance doshas is detected by placing fingers on the radial pulse of the patient and through this technique, they also able to detect imbalance in the dhatu (tissues), and all the srotas (micro circulatory channels of the body).

Ayurvedic medications are prepared from herbs, and some include natural mineral preparations. It was mentioned in our Ayurvedic texts, that each herb or minerals possess the following properties :

All the Ayurvedic herbs have the capacity to balance the vata, pitta, and kapha doshas, to different extents, and in different combinations.

Diet: According to the patient condition, a specialized diet is recommended to balance a person’s doshas.

Cleansing and detoxification: This mainly includes Panchakarma treatment that is very beneficial for eliminating excess toxins from the body. It may be done through fasting, enemas, ayurvedic diets, and various body treatments.

Herbal medicine : According to the dominant doshas, Ayurvedic practitioners can suggest single herb or some combination of natural herbs.

Yoga/Meditation/Exercise : Yoga and exercises plays an important role in maintaining doshas and other functioning of the organs. According to the age, strength, some exercises and asana may recommended to the patients.

Massage and body treatments: This includes some classical steps like Abhyanga, (an Ayurvedic oil massage), Shirodhara, (a treatment that involves a stream of classical ayurvedic luke warm oil poured on the forehead), Swedana, Udvartana, Pindasveda, etc.

Herbal teas : A unique preparation of some herbs are made in the form of tea that is taken according to an individual prakriti.